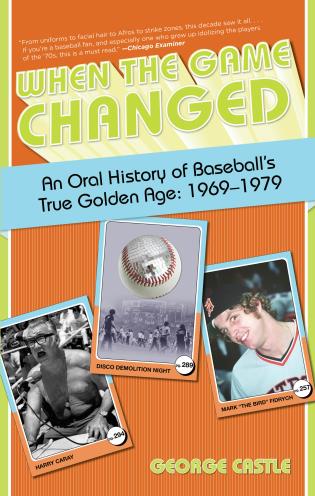 When the Game Changed

George Castle has covered Major League Baseball and the Chicago Cubs since 1980 for a variety of newspapers and magazines, and for the Times of Northwest Indiana, the Chicago area's fourth-largest daily newspaper. An author of nine books, he hosts and produces a weekly syndicated baseball show, Diamond Gems, which is broadcast on 35 affiliates and a national sports radio Internet network. Castle has become a multimedia purveyor of baseball inside information and analysis, using a network of close clubhouse and front-office relationships to continually produce scoops and informative pieces that outflank other media. He has gotten to know—and gain the trust—of almost all of the important figures in Chicago and genearl baseball history. Castle has also appeared on a wide variety of network radio—including ESPN, Sporting News, and Sirius—and local sports-talk radio programs. He was tapped by producers as one of the historical experts on the Cubs for Wait Til' Next Year: The Saga of the Chicago Cubs, the HBO 2006 special on the team. He lives in Chicago.