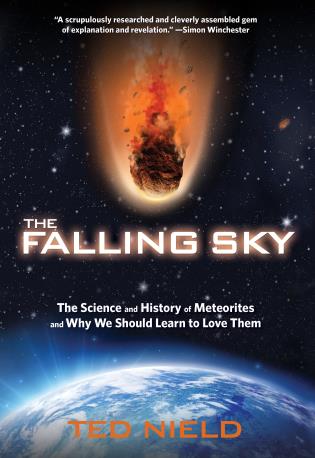 Did an enormous collision in the Asteroid Belt, orbiting the sun between Mars and Jupiter, bombard Earth with meteorites 470 million years ago? Astonishing new research suggests it did, and a revolutionary theory is emerging that this bombardment resulted in the single greatest increase in biological diversity on the planet since the origin of life.

Introducing these discoveries to the general public for the first time, Ted Nield challenges the view that meteorites are bad news. Tracing the history of meteorites from the first recorded strike to the videos made routinely today, he reveals the fascinating ways in which meteorites have transformed from omens of doom to a stepping stone to Mars in twenty-first-century space exploration. The Falling Sky will shatter everything you thought you knew about one of the most terrifying forces in the universe.

Ted Nield is editor of Geoscientist magazine. A former chair of the Association of British Science Writers and goodwill ambassador for the UN International Year of Planet Earth, he is a fellow of the Geological Society and a member of the Meteoritical Society. His first book, Supercontinent, was published in 2007. He lives in London.