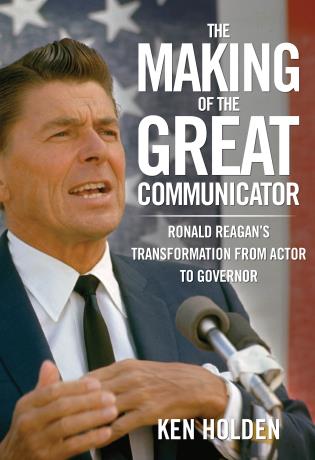 Making of the Great Communicator

One week after Ronald Reagan announced his candidacy for governor of California, the San Francisco Chronicle gibed: “It was simply a flagrant example of miscasting.” Reagan was tanking, and his businessmen backers panicked. Their bold experiment was about to fail. Then a think-tank friend suggested the expertise of two UCLA social pyschologists. Kenneth Holden and Stanley Plog agreed to take the job only if they could have three full days alone with Reagan. The candidate and his backers agreed, and the three men disappeared into a Malibu beach house. Those three days remade the bumbling neophyte into an articulate, confident politician whose devastating sound bites shredded the opposition. Holden or Plog remained by Reagan’s side for the rest of the campaign, feeding him information about California’s problems, teaching him to handle the press, writing his position papers, and helping develop the programs he offered, all while battling factions of the campaign team who seemed determine to sabotage their own man. Not everyone who voted for Reagan supported his positions, but voters preferred his honesty and forthrightness to the waffling of other politicians. Reagan won by a landslide. Holden and Plog had shaped an actor into a governor, but they were also turning a governor into a president. Here is the untold story of how they did it.

Kenneth Holden earned his PhD in clinical psychology from Ohio State University. At UCLA, he met Stanley Plog, and they founded Behavior Science Corporation (BASICO), a market research and consulting firm that focused on businesses, government, and election polling. After they sold BASICO, Holden joined California State University at Northridge as an assistant professor, later becoming a director with the Hawaii Mental Health Division. He lives in Chico, California, where he remains active in various volunteer organizations.