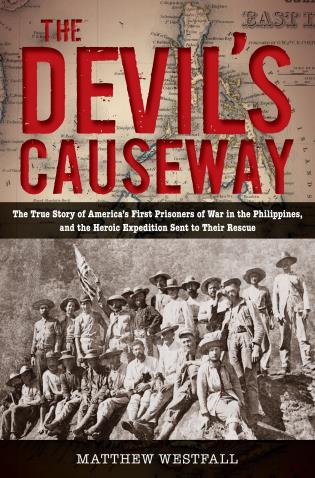 The True Story Of America's First Prisoners Of War In The Philippines, And The Heroic Expedition Sent To Their Rescue

Matthew Westfall is a writer, urbanist, and award-winning documentary filmmaker, whose films have featured narrators such as Malcolm McDowell, Willem Dafoe, and F. Murray Abraham, and have been broadcast worldwide.  He has devoted much of his professional career to tackling poverty in the developing world. Based in Asia for nearly three decades, his work as a development banker addresses some of the most intractable issues in our increasingly urban world:  megacities, slums, and managing the urban environment.  For his documentary On Borrowed Land, executive produced by Oliver Stone and funded by the John D. and Catherine T. MacArthur Foundation, Matthew received the prestigious Paul Davidoff National Award for Advocacy Planning from the American Planning Association. Born in New York City and raised in Brookline, Massachusetts, Westfall currently resides in the Philippines with his family. He spends his free time reading, writing, and collecting as a means to explore the fascinating history of his adopted country. The Devil’s Causeway is his first work of narrative nonfiction. Visit matthewwestfall.com.