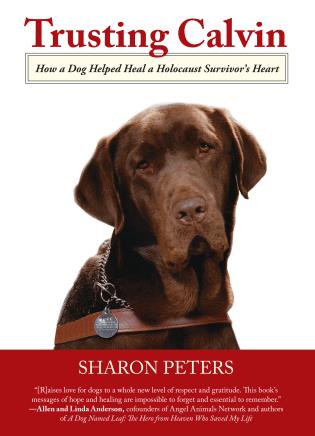 How A Dog Helped Heal A Holocaust Survivor’S Heart

Max Edelman was just 17 when the Nazis took him from his Jewish ghetto in Poland to the first of five work camps, where his only hope of survival was to keep quiet and raise an emotional shield. After witnessing a German Shepherd kill a fellow prisoner, he developed a lifelong fear of dogs. Later beaten into blindness by two bored guards, Max survived, buried the past, and moved on to a new life in America, becoming an X-ray technician. But when he retired, he needed help. He needed a guide dog. After a month of training, he received Calvin, a handsome, devoted chocolate Labrador retriever. Calvin guided Max safely through life, but he sensed the distance and reserve of Max’s emotional shield. Calvin grew listless and lost weight. Trainers intervened—but to no avail. A few days before Calvin’s inevitable reassignment, Max went for an afternoon walk. A car cut into the crosswalk, and Calvin leapt forward, saving Max’s life. Max’s emotional shield dissolved. Calvin sensed the change and immediately improved, guiding Max to greater openness, trust, and engagement with the world. Here is the remarkable, touching story of a man who survived history and the dog that unlocked his heart.

Sharon Peters is an award-winning journalist who has worked as a reporter, editor, or consultant for several newspapers, and launched the popular weekly "Pet Talk" column in USA Today. She turned her attention to writing about animals after volunteering in Mississippi for several weeks after Hurricane Katrina.