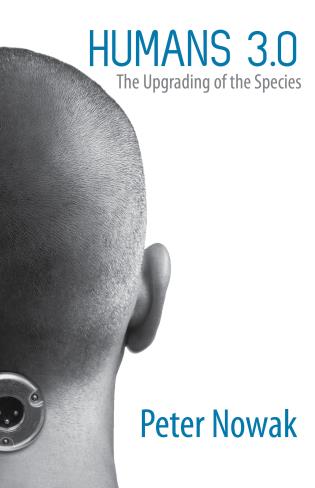 The Upgrading of the Species

Our species is entering a new era. Millions of years ago, we created tools to change our environment. Caves became huts, fires became ovens, and clubs became swords. Collectively these tools became technology, and the pace of innovation accelerated. Now we’re applying the latest advancements to our own biology, and technology is becoming part of the process. But is that a good thing? Not if media scare pieces about government spying, limitless automation, and electronic addictions are to be believed. But veteran journalist and best-selling author Peter Nowak looks at what it means to be human – from the relationships we form and the beliefs we hold to the jobs we do and the objects we create – and measures the impact that those innovations have had and will have in the future. He shows not only how advancements in robotics, nanotechnology, neurology, and genetics are propelling us into a new epoch, but how they’re improving us as a species. Nowak has compiled the data and travelled the world to speak to experts. Focusing on the effects of technology rather than just its comparatively minor side effects, he finds a world that is rapidly equalizing, globalizing, and co-operating.

Peter Nowak is the author of Sex, Bombs, and Burgers, and his work has appeared in the Boston Globe, New Scientist magazine, and elsewhere. He won the Canadian Advanced Technology Alliance Award for excellence in reporting, and the Telecommunications Users Association of New Zealand named him technology journalist of the year. He lives in Toronto with his wife.