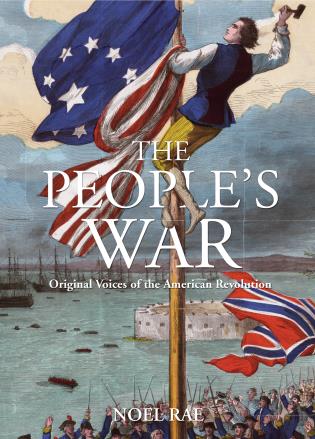 Original Voices of the American Revolution

The outcome was one of history’s great, surprising events, David slaying Goliath. At the beginning of the war, which cast the world’s most powerful nation against a shaky collection of its wildly independent colonies, no such outcome was conceivable. But as the upstarts slowly welded themselves into an effective force, step by step the Americans whipped the mighty British to found the world’s most enduring democracy.

Drawing on thousands of original sources---diaries, letters, memoirs, newspapers, pension applications---the author has culled the most colorful and vivid passages and then woven them into a vibrant, eye-witness narrative that takes the reader from the peaceful days before the Stamp Act, through all the major events of the war, and ends with farewell accounts of what happened in later life to the people we have come to know along the way.

Noel Rae graduated with honors in history from Oxford University. He is the author of Witnessing America: The Library of Congress Book of Firsthand Accounts of Life in America 1600-1900, which was Number One on the Washington Post's political bestseller list. Since coming to the United States, he has worked as an editor, teacher, and translator. He lives in Cross River, New York.