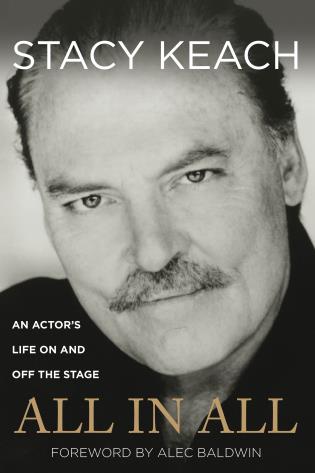 An Actor's Life On And Off The Stage

Stacy Keach is known for movie roles like Fat City and American History X and the television series Titus, and of course Mike Hammer, but he's also revered in the industry as a serious actor who's passionate about his craft. In his long, impressive career, he has been hailed as America's finest classical stage actor, earning acclaim for his portrayals of Hamlet, Macbeth, Richard III, and King Lear. He has worked alongside and become friends with the giants of American culture, from Joseph Papp to George C. Scott, from James Earl Jones to Oliver Stone.

Keach’s memoir begins with the riveting account of his arrest in London for cocaine possession. He takes readers through his trial and his time at Reading Jail as he battles his drug addiction and then fights to revive his career. Keach poignantly reveals his acting insecurities and relationship struggles. All in All is full of priceless behind the scenes Hollywood moments and friendships—from his late-night pool and backgammon showdowns with John Huston to his passionate relationship with Judy Collins.

Stacy Keach (Jr.) is a renowned actor on stage and screen. Best known as Mike Hammer, he has won a Golden Globe and multiple Obie and Drama Desk Awards, and been nominated for Emmy and Tony awards. His films include Fat City, The Bourne Legacy, Planes, and the upcoming Nebraska. He recently starred on Broadway in Other Desert Cities.