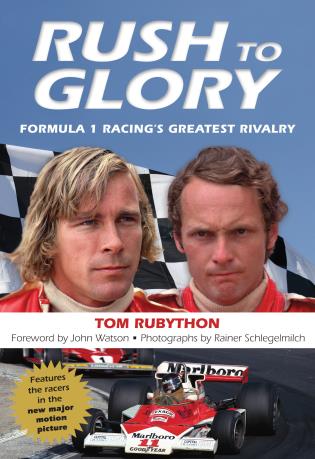 The greatest duel in FORMULA 1 history: the 1976 season between Austrian Niki Lauda and Britain's James Hunt. As the '75 season ended, Hunt was out of FORMULA 1 racing while Lauda was world champion and the odds-on favorite for ’76 with a year’s contract ahead of him and Enzo Ferrari begging him to sign a multi-year deal. James Hunt, without a drive until Emerson Fittipaldi broke his McLaren contract, grabbed the McLaren drive with both hands and the help of friend John Hogan and Marlboro cigarettes. The result? Two drivers in an epic sixteen-race battle across the globe for the '76 title, ultimately decided by a single point. Fame, wealth, drugs, sex, and the rest of globetrotting 1970s FORMULA 1 racing are encompassed in the Lauda vs. Hunt duel. At the '76 German Grand Prix, Lauda nearly died in a fiery crash, only to emerge six weeks later, severe burns on his face and head, to pursue his rivalry with Hunt. It all came down to the last race, a rain-soaked affair in Japan, where Hunt won the championship by the slimmest possible margin. The book is a study in contrasts during an era of Brut aftershave and disco sex parties. James Hunt, legendary philanderer and FORMULA 1 rock star, versus supernatural racer Niki Lauda, who in '75 set the first sub-seven minute lap around the Ring.

Tom Rubython is the former editor of F1 Magazine, Business F1, SportsPro and most recently Spectator Business Magazine. Throughout his 30 year career he has also been involved in many newspaper and magazine launches. He is best known as the author of the biography, The Life of Senna. Before founding The Myrtle Press he was involved in the publishing of nine previous books.