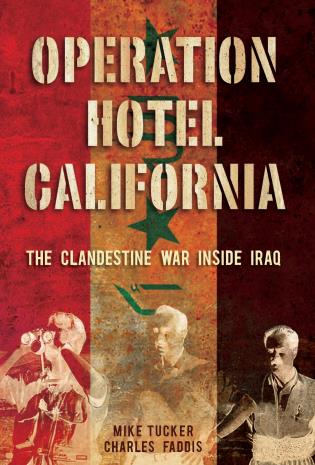 The Clandestine War Inside Iraq

Operation Hotel California is the definitive inside account of the secret CIA mission that paved the way for the Iraq War. Based on exclusive interviews with the team leader, Charles S. Faddis—who retired in 2008 and whose name was publicly revealed in this book for the first time—it is also the most blistering indictment by any U.S. counterterrorism officer of America's blunders vis-à-vis Al-Qaeda and Iraq. Its lessons are vital as a new administration seeks to withdraw securely from Iraq and fight extremists in Afghanistan and elsewhere.

Charles S. Faddis served 20 years in the Central Intelligence Agency as an Operations Officer, including Department Chief, Central Intelligence Agency’s Counter-Terrorist Center, Washington, DC, and Chief of Station – Middle East. He is the author of Beyond Repair: The Decline and Fall of the CIA and Willful Neglect: The Dangerous Illusion of Homeland Security (both Lyons Press).

Mike Tucker is a counterterrorism and guerrilla war specialist who has seen action with elite units in the Iraq War and beyond; a Marine infantry veteran; and the author of ten books, including Among Warriors in Iraq (Lyons Press).