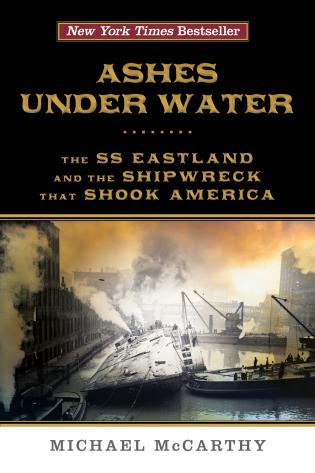 The SS Eastland and the Shipwreck That Shook America

The untold story of the worst disaster on the Great Lakes in U.S. History. On July 24th, 1915, Chicago commuters were horrified as they watched the SS Eastland, a tourism boat taking passengers across Lake Michigan, flip over while tied to the dock and drown 835 passengers, including 21 entire families. Rockefeller, Morgan, and Carnegie had bought into the ship business in the Midwest, creating a boom market and a demand for ships that were bigger, longer, faster.
The pressure-filled and greedy climate that resulted would be directly responsible for the Eastland disaster and others. As dramatic as the disaster was, the subsequent trial was even more so. The public demanded justice. When the immigrant engineer who was being scapegoated for the accident was left out to dry by the ship’s owners, penniless and down-on-his-luck Clarence Darrow decided to take his case. The defense he mounted, which he was too ashamed to even mention in his memoirs, would be even more shocking.

Michael McCarthy worked for the Wall Street Journal for twenty-two years, first as a reporter and then as an editor on feature stories. He has been published in The Southern Review, among other publications. He has spent twelve years researching the Eastland case. Off and on for more than two decades, Mr. McCarthy has lived in Chicago and now lives in South Haven, Michigan – two places integral to the Eastland story.
.