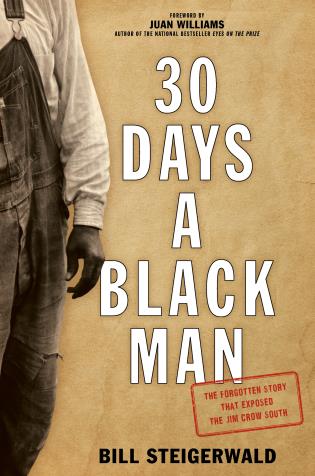 The Forgotten Story That Exposed the Jim Crow South

In 1948 most white people in the North had no idea how unjust and unequal daily life was for the 10 million African Americans living in the South. But that suddenly changed after Ray Sprigle, a famous white journalist from Pittsburgh, went undercover and lived as a black man in the Jim Crow South.

The Pittsburgh Post-Gazette reporter’s series was syndicated coast to coast in white newspapers and carried into the South only by the Pittsburgh Courier, the country’s leading black paper. His vivid descriptions and undisguised outrage at "the iniquitous Jim Crow system" shocked the North, enraged the South, and ignited the first national debate in the media about ending America’s system of apartheid.

Six years before Brown v. Board of Education, seven years before the murder of Emmett Till, and thirteen years before John Howard Griffin’s similar experiment became the bestseller Black Like Me, Sprigle’s intrepid journalism blasted into the American consciousness the grim reality of black lives in the South.

Bill Steigerwald’s thirty-six-year career as a journalist included stints with the Los Angeles Times, the Pittsburgh Post-Gazette, and the Pittsburgh Tribune-Review. At the Trib he was an associate editor, feature writer, book page editor/writer, editorial writer, weekly op-ed columnist and weekly interviewer of important newsmakers. His work has appeared in dozens of major American papers and in magazines as disparate as Reason, Family Circle, Men’s Journal, and Penthouse. He lives just outside of Pittsburgh.