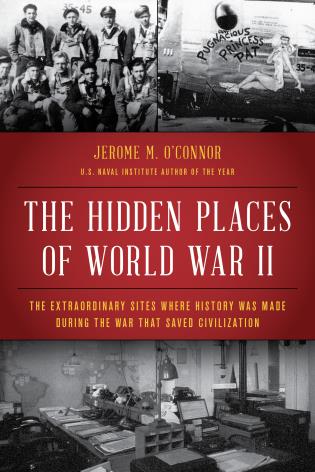 In The Hidden Places of WWII, the author takes readers to overlooked places where WWII history was made. These are sites that were thought to be closed or locked away forever or, in some cases, thought never to exist at all, or were ignored by military historians for decades. With historical photos, contemporary photos, and written in a conversational style, the book opens the eyes of a new generation of readers, as well as an older generation, and takes them to the actual locations that changed history.

Many military history readers don’t know that you can still visit Nazi U-boat pens in Lorient and La Rochelle on the French Atlantic coast (they were used in the filming of Raiders of the Lost Ark) and even pieces of the Atlantic Wall Hitler had built along the French coast in ’43 and ’44 to thwart the invasion he knew was coming. These are only two of the many hidden places the author introduces the reader to.