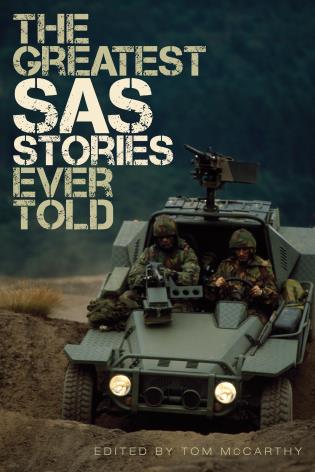 The Greatest SAS Stories Ever Told

There is actually very little public information available about Britain’s Special Air Service, one of the world’s most effective elite fighting units. The SAS operates secretly everywhere in the world, often working with American forces in a number of roles that include covert reconnaissance, counter-terrorism, direct action, hostage rescue and human intelligence gathering. The Greatest SAS Stories Ever Told is a recounting of the heroics that the normally staid and stiff-upper-lipped British take pride in NOT talking or writing about.