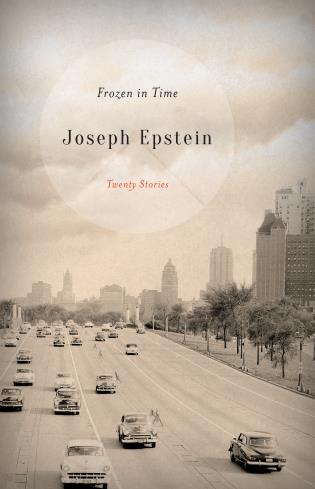 The estimable Joseph Epstein—essayist, past editor of The American Scholar, and recipient of the 2003 National Humanities Medal along with Hal Holbrook and John Updike—brings together twenty short stories in his first such collection since 2010. Most, though not all, of the stories are set in Epstein’s hometown of Chicago, but otherwise they have a variety of subjects: among the titles are "Dad's Gay," "The Casanova of LaSalle Street," "JDate," "Adultery," "Widow's Pique," "Race Relations," "The Man on Whom Everything Was Lost," "My Five Husbands," and "Second Family." Most are stories about family and friendships.

Joseph Epstein is an essayist, short story writer, and editor, and from 1974 to 1998 the editor of the Phi Beta Kappa Society's The American Scholar magazine. He was also a lecturer at Northwestern University from 1974 to 2002. He is a Contributing Editor at The Weekly Standard and a long-time contributor of essays and short stories to The New Criterion, Commentary, The Atlantic, The New Yorker, and The Wall Street Journal. In 2003, he was awarded a National Humanities Medal by the National Endowment for the Humanities.