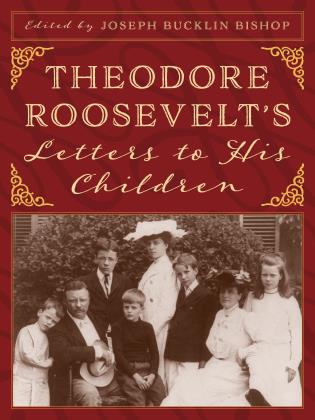 Theodore Roosevelt’s Letters to His Children

“I would rather have this book published than anything that has ever been written about me,” Theodore Roosevelt said to his editor shortly before TR’s death in January 1919. Alas , Roosevelt was never to see publication of the collection, which went on to become an instant bestseller that was reprinted six times between September and November 1919. Most of the letters in this book were written by Theodore Roosevelt to his children over a period of over a dozen years, from their early childhood through maturity. Indeed, long before they were able to read he sent them what they called “picture letters,” with crude drawings of his own in illustration of the written text, drawings precisely adapted to the childish imagination and intelligence.
From the youngest to the oldest, Roosevelt always wrote to them as equals. He was always their playmate and “boon companion,” whether they were toddling infants or youths standing at the threshold of life. The letters are filled with fatherly advice, delicious humor, and anecdotes about the domestic life of a President and his family. Of course, animals are always at center stage, whether it’s describing the funeral for a beloved pet rabbit, or a pig that TR has chosen to name Maude.

Joseph Bucklin Bishop (September 5, 1847 – December 13, 1928), was an American newspaper editor (1870–1905), Secretary of the Isthmian Canal Commission in Washington, D.C. and Panama (1905–1914), and authorized biographer and close friend of President Theodore Roosevelt. Bishop was the author of 13 books and dozens of magazine articles.