The Confederacy lost the Civil War but quickly began to win the peace when a mysterious organization arose called the Ku Klux Klan. The Ku Klux, as it was then called, sought to restore white supremacy by terrorizing the formerly enslaved to prevent them from voting or owning firearms. To support Black resistance to the KKK’s campaign of murder and mayhem, President Ulysses S. Grant suspended the writ of habeas corpus in large portions of South Carolina and sent the famed 7th Cavalry to make mass arrests.

Grant’s new attorney general, the first former Confederate to serve in a presidential Cabinet and an ardent advocate for Black equality, Amos T. Akerman, aggressively prosecuted the Ku Klux in a series of sensational trials that shocked the nation and forced a reckoning regarding just how much the Civil War and the recently enacted Fourteenth and Fifteenth amendments to the Constitution had changed America and its notions of citizenship.

Highlighting forgotten Black and white civil rights pioneers and weaving in the story of the author’s own great-grandfather’s crimes as a member of the Ku Klux Klan, Freedom on Trial tells a gripping story of a moment pregnant with promise when race relations in the United States might have taken a dramatically different turn. It is a story that also offers a sober lesson for those engaged in the ongoing work of fulfilling the American promise of equality for all. 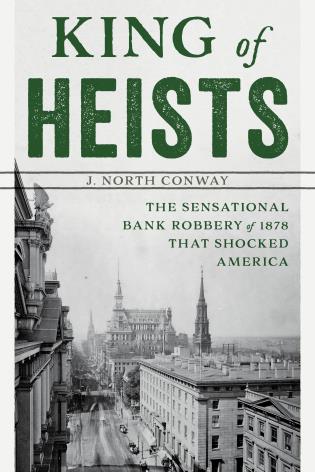