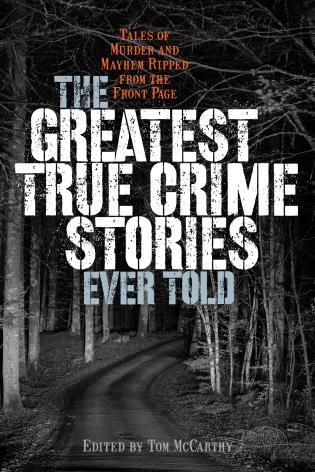 Tales of Murder and Mayhem Ripped from the Front Page

If reading true crime is a guilty pleasure, this collection of stunning heists and unspeakable murders from the front pages of history will leave no doubt about the verdict.

Three unsuspecting men’s lives cut short at the hands of their lovers in Gangland Chicago, a mysterious and murderous trapper chased across unforgiving Arctic mountains in sub-zero temperatures, a notorious band of outlaws’ ill-fated bank robbery, a little-known but starkly detailed look at Lizzie Borden’s handiwork with her famous ax, a body in a trunk and a suspect halfway across the world thinking he’s pulled it off are among the enticing and unsettling tales in this arresting collection.

Here are stories sure to intrigue and shock readers and put them on the edges of their seats. That’s the point after all, and The Greatest Crime Stories Ever Told will not disappoint.

From a first-person account of the infamous Lufthansa robbery that netted millions, to the beguiling society bank robber so confident he broke into the same New York City bank twice to pull off the biggest haul in history, to the mysterious and brutal murders of a quiet farm family in a close-knit but suspicious community that offered an unusual number of suspects, The Greatest Crime Stories Ever Told is a fascinating and darkly enticing contribution to the wildly popular true crime genre.

Here are not only the suspects, obvious or not, but the detectives who wanted them in prison and were willing to put their own lives at risk to do so. Did the perpetrators get away with their perfidies? Did the rule of law prevail in the end? Were the right people caught and prosecuted?

Readers will have to decide for themselves. 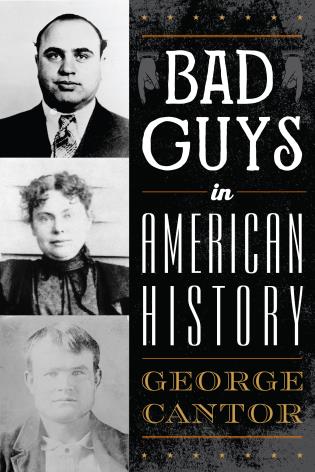