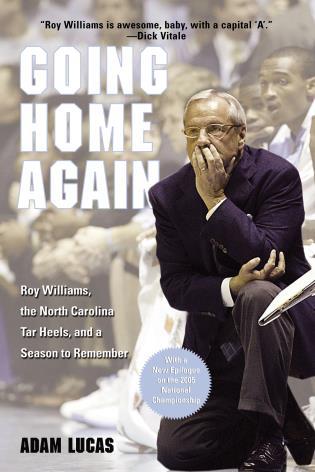 Roy Williams, The North Carolina Tar Heels, And A Season To Remember

"Roy Williams is awesome, baby, with a capital 'A.' "--Dick Vitale

As he traveled across the state of North Carolina in the summer of 2003, Roy Williams delivered a repetitive refrain to the thousands of University of North Carolina basketball fans who packed his public appearances: "Ol' Roy ain't that good."

Carolina fans didn't care to hear it, because they firmly believed that ol' Roy was, indeed, more than good--he was great. He was the prodigal son who served as Dean Smith's assistant coach, turned down the Carolina job in 2000, and finally accepted it in April of 2003. Williams became the Tar Heels's head coach after fifteen spectacular years at Kansas, and the immediate expectation was that he would find similar success in Chapel Hill, a once-proud program that had stumbled under former head coach Matt Doherty. But Williams knew something that it would take casual fans months to realize: Teaching the team of moody basketball players to play winning basketball would be about much more than simply what happened on the court. Williams had established a successful program at Kansas by connecting with the players he had recruited over their four-year careers. At Carolina, he
had less than twelve months to turn a group of talented individuals into a basketball team that could function at the highest level of NCAA competition--the Atlantic Coast Conference.

Going Home Again is the story of Roy Williams's first season as North Carolina's head basketball coach. Author Adam Lucas takes you inside the locker room and behind the scenes with the nation's most revered basketball program, providing a rare glimpse into the inner workings of one of the country's most secretive college sports dynasties.

Adam Lucas is the publisher of Tar Heel Monthly, the nation's most widely read magazine devoted to University of North Carolina athletics. He is a past winner of the North Carolina Sports Columnist of the Year Award, and the featured columnist on TarHeelBlue.com, the most popular site on the Official College Sports Network, which is the most-trafficked network on the Internet devoted to college sports. He lives in Chapel Hill, North Carolina.