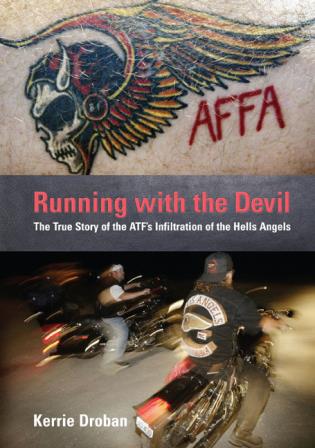 Running with the Devil

The True Story Of The Atf's Infiltration Of The Hells Angels

The infamous Sonny Barger once declared that the Hells Angels would never be infiltrated. Running with the Devil chronicles the story of the ATF sting and the two undercover agents who risked their lives to prove him wrong. For two years, they posed as members of a Mexican renegade motorcycle club, earning the trust and respect of the vicious Arizona Hells Angels. Their work led to the shocking 2003 bust in which ATF agents arrested fifty people and seized 650 guns, 30,000 rounds of ammunition, and more than 100 explosive items--including grenades and napalm! Following the steps of the ATF agents who remain undercover today, the author recounts their perilous mission up through the ensuing court case and jail sentences. Along the way, Droban provides a startling--and unprecedented--expose on the treacherous inner workings of the Hells Angels brotherhood.

Kerrie Droban is a criminal defense attorney, a graduate of the Johns Hopkins University Writing Seminars, and an award-winning author of suspense thrillers. She lives in Phoenix, Arizona.