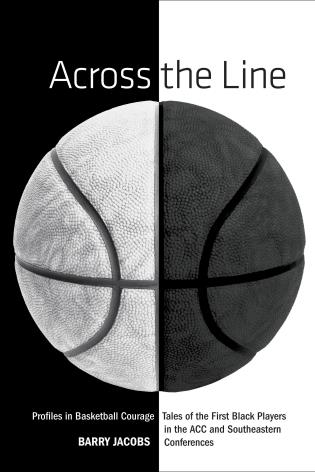 Profiles In Basketball Courage: Tales Of The First Black Players In The ACC and SEC

In the 1960s, college sports required more than athletic prowess from its African American players. For many pioneering basketball players on 18 teams in the Atlantic and Southeastern conference, playing ball meant braving sometimes menacing crowds during the tumultuous era of civil rights. Perry Wallace feared he would be shot when he first stepped onto a court in his Vanderbilt uniform. During one road game, Georgia's Ronnie Hogue fended off a hostile crowd with a chair. Craig Mobley had to flee the Clemson campus, along with other black students. C.B. Claiborne couldn't attend the Duke team banquet when it was held at an all-white country club. Wendell Hudson's mother cried with heartache when her son decided to play at the University of Alabama, and Al Heartley locked himself in a campus dorm at North Carolina State for safety the night Martin Luther King, Jr., was assassinated. Grounded in the civil rights struggles on campuses throughout the south, the voices of players, coaches, opponents and fans reveal the long-neglected story of race, sports and social history.

Barry Jacobs has written for The New York Times, The Washington Post, People and other publications. He is the author of several sports books, including Coach K's Little Blue Book. He lives in Hillsborough, North Carolina.

Barry Jacobs, covered college basketball, as well as news and other sports, for The New York Times, for 20 years. His work has appeared in numerous other publications, including the Boston Globe, Washington Post, Newsday, Village Voice, GQ, People, and the Saturday Evening Post. He is the author of four books, including "Coach K's Little Blue Book," published by Total SportsIllustrated in 2000; "The World According to Dean," published by Total Sports in 1998; and "Three Paths To Glory," published by Macmillan in 1993.