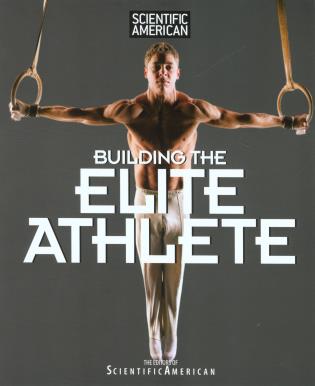 Science increasingly informs athletic training, and technology is used every day to maintain and even enhance physical performance. In this volume, Scientific American's top writers present in clear, accessible prose information about present--and future--advances that enhance not only athletic performance, but also the vitality of the rest of the population.

Body, mind, gear, and thechnique are explored. Specific topics include:
Whether science can determine if sports psychology works
How the cellular biology of muscle may explain why a particular athlete wins
What skateboarders do to bend the laws of physics
Why there's concern about a sophisticated new way of cheating - gene doping
This highly informative colume provides excellent background on controversial issues in spectator and participartory sports today.

Scientific American, the oldest continuously published magazine in the U.S., has been bringing its readers unique insights about developments in science and technology for more than 150 years. The magazine publishes 15 foreign language editions and has a total of more than 1,000,000 copies in circulation worldwide.
International editions include those published in Holland/Belgium, Brazil, China, Czech Republic, France, Germany, Greece, India, Israel, India, Japan, Korea, Kuwait, Poland, Romania, Russia, Spain, Taiwan and the Ukraine.

More than 120 Nobel laureates have written for Scientific American, most of whom wrote about their prize-winning works years before being recognized by the Nobel Committee. In addition to the likes of Albert Einstein, Francis Crick, Jonas Salk and Linus Pauling, Scientific American continues to attract esteemed authors from many fields.
Today, under the leadership of editor-in-chief John Rennie, the magazine continues to identify and deliver the latest developments in science and technology across a broad range of fields. Rennie received the 2000 Sagan Award for Public Understanding of Science, which is given annually "to honor those who have become concurrently accomplished as researchers and/or educators, and as widely recognized magnifiers of the public's understanding of science."