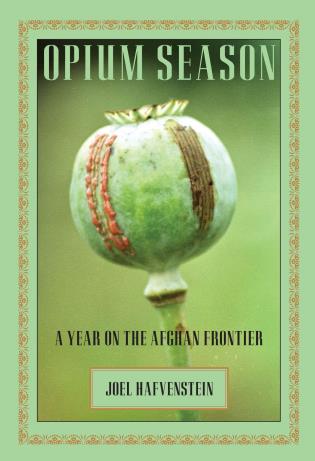 A Year On The Afghan Frontier

OPIUM SEASON is the story of a young American working on the brutal fault line where the war on terror meets the war on drugs. Joel Hafvenstein didn?t know what he was getting into when he signed up for a year in Afghanistan?s rugged Helmand province, the heart of the country's opium trade. He was running an American-funded aid program with two goals: to help tens of thousands of opium poppy farmers make a legal living, and to win hearts and minds away from the former Taliban government.

The author and his friends were soon caught up in the deadly intrigues of Helmand'sdrug trafficking warlords. He found himself dodging Taliban in poppy-filled mountain ravines and arguing with murderous, AK-47 toting bandits in police uniform. He saw both the stark beauty and the terrible cruelty that Afghans live with every day. At the height of his team?s success, the Taliban attacked, killing his colleagues and destroying their work. These ambushes heralded a Taliban resurgence across the country; they also showed the weaknesses in America's strategy that continue to undermine every American accomplishment in Afghanistan.

This is a riveting story of intrigue, adventure, and tragedy at the far edge of the world. In the tradition of The Places In Between and The Kite Runner, OPIUM SEASON describes the odyssey of an American chasing a seemingly impossible goal in the midst of chaos. It will draw national attention from the media and from book readers hungry to understand this shattered, beautiful country and its deeply divided people.

Joel Hafvenstein is an international development consultant, an analyst of South and Central Asia, and a writer. He has written on Afghanistan for The New York Times and Commonweal magazine, and been interviewed on National Public Radio's "The Story." OPIUM SEASON is his first book.