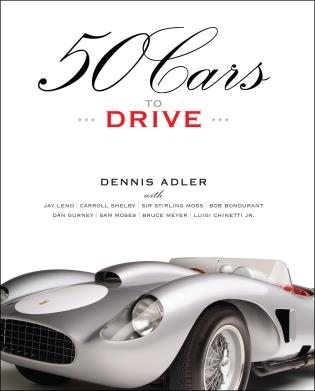 A gathering of votes from famous and prestigious drivers such as Carroll Shelby, Bob Bondurant, Sir Stirling Moss, Dan Gurney, and Jay Leno, this book reveals—for the first time—what the professionals list as the best of the best. This is a full-color book that will please anyone who's passionate about driving, even with more mundane transportation.

“There are cars,” says the author, “and then there are those greater than the sum of their parts.” The expert panel picked the top fifty, largely avoiding traditional choices they call simply “fundamental to automotive history.” This panel agreed that the Top Five list includes the 1957 Ferrari Testa Rossa, the 1913 Mercer Racabout, the 1932–37 Model SJ Dusenberg, the 1955 Mercedes-Benz 300 SLR, and the Maserati Birdcage. Stunning full-color photos complement the passionate text from expert drivers in a book that will rev up the RPMs of many a man (and woman).

An award winning automotive historian, Dennis Adler is the Editorial Director of Car Collector magazine and is the author of more than 30 books. For nearly 25 years Mr. Adler was also the senior contributing editor for the Mercedes-Benz Club of America publication The Star. With more than 5,000 articles and photographs published, he is regarded as one of the leading authorities on American classic cars and the history of Mercedes-Benz.
Dennis Adler is recognized as one of the leading automotive journalists in the world. He is editor at large for Car Collector magazine, senior editor of the Mercedes-Benz publication The Start, and the author of more than 25 books, including The Art of the Automobile, The Art of the Sports Car, Porsche, and Ferrari.
A panel of experts have selected the 50 that represent the ultimate experience in driving. These are:
Jay Leno, Carroll Shelby, Sir Stirling Moss, Bob Bondurant, Dan Gurney, Sam Moses, Bruce Meyer, and Luigi Chinetti, Jr.

Bios of the panel:

America's ambassador to the automotive world, Tonight Show host Jay Leno is not only a collector but an authority on American and European cars spanning more than a century of production. Jay has often said he gets as much pleasure out of working on his cars as he does driving them, and is just as capable of tearing down a Blower Bentley as he is tearing around in it. Jay's automotive tastes span the entire history of the automobile, which is reflected in his own car collection.

Perhaps the most recognizable name in American motoring history, Carroll began his career in the 1950s as a race driver, and after being forced from behind the wheel by a heart condition, became the most prolific manufacturer of Muscle Cars in America. After more than 45 years he is still going strong with the latest renditions of the Shelby Cobra and Shelby Mustangs. Shelby's automotive legacy includes the 289 and 427 Cobras, the Shelby Daytona Cobra, GT40 Mk IV (1967 Le Mans winner), Shelby Mustang G.T. 350 and G.T. 500.

The list of racing drivers that have been knighted by the Queen of England is a short list to say the least, and no one is more renowned for his career in motorsports than Sir Stirling, a man who raced down the wind on every continent, competed in 495 motor sport events, driving 84 different cars, reaching the finishing line in 366 races and winning 222 of them.

With a passion for motorcycle racing, by age 18 Bob was campaigning an Indian Scout motorcycle on the local dirt ovals around Los Angeles, and soon moved to sports cars setting behind the wheel of a Morgan in 1956. His racing career began to soar three years later, when driving a Corvette in the Southern California region; Bob captured the West Coast “B” Production Championship and the Corvette Driver of the Year Award. In 1963, he joined the team of Carroll Shelby and Ford Cobras in Europe going on to win numerous races and a chance to compete in the 1964 World GT Championship. Paired with Dan Gurney, Bob won the GT Category overall and placed 4th in a Cobra Daytona Coupe at Le Mans. He remained in Europe in 1965 and drove to win 7 out of 10 races, earning him the World Manufacturers' Championship for the U.S. behind the wheel of a Shelby Cobra. That honor would put Bob in Formula One for Ferrari at the Watkins Glen Grand Prix. Today he owns and operates the most famous professional driving school in the country. Located in Phoenix, Arizona, the school maintains over 200 race-prepared vehicles, sedans, and open wheel cars and is the largest facility of its kind in North America.

Dan has had multiple careers as a racing driver, racecar manufacturer and team owner, and as an inventor. His racing career, which started with a Triumph TR2 in 1955, spanned 15 years. During that time he became the top road racing star in America, as well as one of the most popular F1 Grand Prix drivers ever. Gurney etched himself a place in racing lore with exciting battles against drivers like Stirling Moss, Jimmy Clark, John Surtees, Jack Brabham, Graham Hill, Phil Hill and many others on the classic road courses of the Nürburgring, the Targa Florio and Monte Carlo. He remains the only US citizen to win a Grand Prix in a car of his own construction in the 100 year history of F1 racing! And to this day he is one of only two drivers in history (the other being Mario Andretti) ever to win the “quadruple crown” of racing.

A renowned collector of historic winning race cars from LeMans to Indy to Bonneville, Bruce is the founding Chairman of the Petersen Automotive Museum in Los Angeles, California. A car guy's car guy, known and respected by all in the industry, he serves on the Board of the Nethercutt Collection, the Steering Committee of the Pebble Beach Concours d'Elegance as well as The LeMay Museum in Tacoma, Washington. While his first passion is classic and postwar cars, like his sporty Model J Duesenberg, Porsche 356 speedster, Mercedes-Benz 300 SL Gullwing, and treasured 300Sc cabriolet (which was originally owned by Clark Gable), Bruce is also a hot rod preservationist and historian, finding and restoring vintage examples from the 1950s, like the Pierson Brothers Bonneville competition coupe, which is part of his collection.

Former race driver (Le Mans class winner in 1971 driving a Ferrari 365 GTB/4), constructor, and team owner (North American Racing Team N.A.R.T.), Luigi has been a consummate sports car enthusiasts his entire life. His father, Luigi Chinetti, Sr. was the driving force (quite literally) behind the establishment of Ferrari S.p.A. after World War II. He began his racing career in the late 1960s. In addition to racing, Luigi, Jr. was also a designer. A frequent class judge at Concours d' Elegance throughout the U.S. and Europe, Luigi also has a fine collection of Ferrari sports and racing cars. 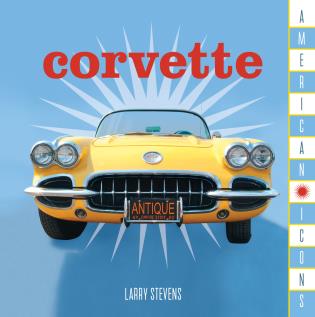