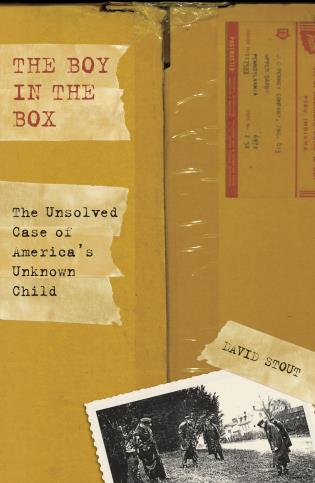 Boy in the Box

On February 25, 1957, the nude, badly bruised body of a young boy was found in a cardboard box in trash-strewn woods of north Philadelphia. Posters of the “Boy in the Box” soon dotted the city and police stations nationwide—to no avail. In November 1998 the remains were exhumed for DNA analysis, and the boy was reburied as “America's Unknown Child.”

The Boy in the Box is the first book to examine America's most famous unsolved case of child murder—one that led to the “Stranger Danger” child safety campaign and a Law & Order episode. Written in a fast-paced style and featuring never-before-seen photos, it examines half a century of shocking and mysterious events surrounding the discovery of the body. David Stout presents a timeline interwoven with flashbacks, theories, media reports, first-hand interviews, and urban myths—taking us back to the year America lost its innocence forever.

David Stout, a veteran journalist with the New York Times, is currently a reporter for the paper's Washington, DC, bureau. He is the author of three novels, including the Edgar Award–winning mystery Carolina Skeletons. He is also the author of Night of the Devil, about the slaying of two policemen in Lodi, New Jersey.