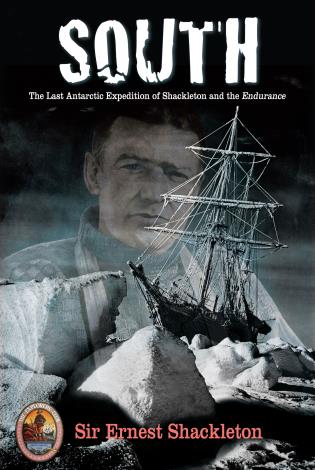 The Last Antarctic Expedition Of Shackleton And The Endurance

The legendary expedition leader eloquently narrates his torturous two-year odyssey after his ship Endurance was crushed by a sea of ice in 1915. Shackleton and his crew confronted the most desolate place on earth—the frozen Antarctic wasteland and a thousand miles in an open boat—battling constant cold, hunger, hardship, and despair as they struggled toward the unknown. Shackleton's gripping personal account, originally published in 1919, includes 85 photographs of this monumental achievement, an enduring story of the strength of the human spirit.

Ernest Henry Shackleton was born on February 15, 1874 in County Kildare, Ireland. He was educated in London and joined the merchant navy at the age of 16, rejecting his father's wishes that he become a doctor. In 1898 he became a master mariner and in 1901 traveled to Antarctica on the ship Discovery, part of an expedition led by British naval officer Robert Falcon Scott. Together with Scott and Dr. Edward Wilson, Shackleton braved tracherous conditions to get closer to the South Pole than anyone previously had.
When he was not traveling, Shackleton practiced journalism and additionally was
elected secretary of the Scottish Royal Geographical Society. In 1908, less than ten years after his previous journey to Antarctica, he headed his own expedition and was knighted upon his return to Britain. His team set a new record, succeeding in coming closer to the South Pole than before.
Norwegian explorer Roald Amundsen reached the South Pole in 1911, followed by Scott who unfortunately died on the return journey. In 1914, Shackleton made his third and most famous trip to the Antarctic with the ship Endurance, planning to cross Antarctica via the South Pole. Early in 1915, Endurance became trapped in the ice, and the crew abandoned the boat to live on nearby floating ice. Ten months later sank the ship sank. In April 1916, the 28 crew members set off in three small boats, eventually reaching Elephant Island. In a small boat, Shackleton and five men then spent 16 days crossing 1,300 km of ocean to reach the southern coast of South Georgia, where Shackleton formed a rescue party for the remaining men. All crew members were eventually rescued and survived. 'South', Shackleton's account of the Endurance expedition, was originally published in 1919.

Shackleton's fourth and final expedition aimed to circumnavigate the Antarctic continent. On January 5 1922, Shackleton died of a heart attack off South Georgia and was buried on the island.