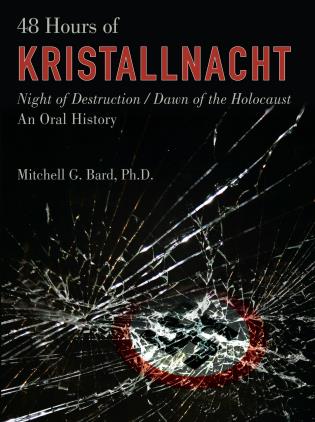 Night Of Destruction/Dawn Of The Holocaust

On the nights of November 9 and 10, 1938, rampaging mobs throughout Germany and the newly acquired territories of Austria and Sudetenland freely attacked Jews in the street, in their homes and at their places of work and worship. At least 96 Jews were killed and hundreds more injured, as many as 2,000 synagogues were burned, almost 7,500 Jewish businesses were destroyed, cemeteries and schools were vandalized, and 30,000 Jews were arrested and sent to concentration camps. This pogrom has come to be called Kristallnacht, "the Night of Broken Glass."

Although numerous anti-Jewish regulations had been adopted prior to Kristallnacht, these measures had only imposed restrictions on German Jews' economic activity and occupational opportunities. Prior to Kristallnacht, the Jews had little reason to believe their physical safety was at risk. That all changed 70 years ago this coming November. The events of that night were the beginning of the Holocaust.

It is fitting that a book record the events of this seminal historical event on the occasion of the 70th anniversary of Kristallnacht. This book provides an account of the incidents immediately preceding the attacks on November 9-10, an oral history that provides a minute-by-minute and hour-by-hour account of what happened during the pogroms, and an analysis of the immediate aftermath and why the Holocaust can be dated from this evening.

Dr. Mitchell Bard is the Executive Director of the nonprofit American-Israeli Cooperative Enterprise and the director of the Jewish Virtual Library (www.JewishVirtualLibrary.org), the world's most comprehensive online encyclopedia of Jewish history and culture (which averages nearly 1.5 million visitors per month).